< Back to Muse Feed

The owners of Ripe live and work downtown, which means we walk, eat, and drink downtown. We’re invested. Washington (WMS) is downtown’s only public middle school. It is also Albuquerque’s oldest middle school and we have a bit of a soft spot for it. As well as sending our oldest child there, we also designed a new logo, website, and succeeded in getting them a new digital marquee sign, but the project we’re most excited about started in the Spring of 2014 and is gaining momentum now.

The running track at Washington Middle School is home to Albuquerque’s largest outdoor mural which faces Park Ave., and is visible to all who walk or drive past. Time has done its job on the mural which now lingers in a sad state of disrepair, barely holding on.

We began the long process of tracing its 30+ year history and finding the people involved in its creation. The original artist showed no signs of wanting to renew the existing design so we moved to plan B and teamed up with Working Classroom and, via the Huning Castle Neighborhood Association, wrote and submitted a proposal to the Bernalillo County Neighborhood Outreach Grant for funds to re-do the entire mural.

Our proposal was accepted for the maximum amount available, but it wasn’t enough to do the job right, so we reached out to our community, who enthusiastically pitched in the rest.

The WMS student apprentices will be paid for their time and efforts to work during their summer break. This project offers a rare opportunity to engage the students and downtown community to create a totally new artistic expression. One that represents and inspires the vibrant culture and creativity of our urban youth.

Twice weekly instructional classes are underway now and work on the actual mural will begin in June and is scheduled for completion in July. They will start work at 7:30 am and wrap up around noon. We urge you to walk by and cheer the artists on at every available opportunity! Map here >

None of this would be possible without our generous community donors. All will be named on the mural itself, and on a fence-mounted plaque near the sidewalk.

The latest buzz at Ripe. 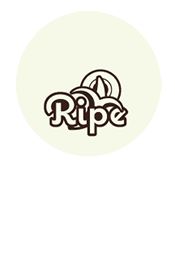